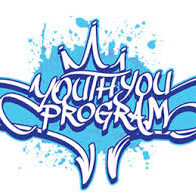 Hi, My name is Glenn Munso. After doing and dealing drugs for many years I found my self in a vicious cycle that turned me into a violent, aggressive person which soon led to me being in trouble with the law and being convicted to one month jail which turned into an 18month Intensive Corrections Order.

Through my 18 month order I learnt so much – about myself, about other’s who were in a similar situation to mine, I learnt about the process oh rehabilitation and I learnt about why so much of the time it doesn’t work. I attended drug counseling, anger management, group counseling sessions with serious offenders, and had a really long time to think about where I was in my life and what I actually wanted. Being in this environment gave me the unique insight into why people re offend, and what is lacking in the system. Why, even someone like me, had an 85% chance of reoffending.

One of the biggest things I noticed during my order was the level of respect the offenders had for people such as the counselors, corrections officers, being that most had never been in our situation and had no idea what we were going through, instead of turning to them and communicating with them, the offenders all turned to each other for help. For us in the program, you would have the older people in the group who had been back and forth to jail for serious offences preaching and looking out for the younger ones and that made more sense to me then listening to an old lady telling you about drug addictions. You have the convicted felon who has lost friends and almost half his life to drugs; or you have the old lady who teaches what she had learnt from a text book. For me, someone who had been in a vicious cycle of anger, substance abuse, dealing, rebelling against all authorities, teachers parent; anyone who tried to help me, I found that even though I knew I wanted a better life, the support that was out there just wasn’t the right thing that I needed. Throughout my order I was told I would be back and I had an 85% chance of reoffending and landing in jail because of my age and convictions. 85% chance! That in itself says that there is something missing in the rehabilitation programs. It was all so clinical, I felt like I needed something that was more real life, someone to teach me, through there own experience, someone who had been through the transformation. I didn’t have that, I transformed myself, by focusing on me, and learning lessons, but I always thought, there has to be more, there has to be a program out there that gives kids, who are just like I was, a fighting chance to change their lives, in a way that they are given the right support and understanding from someone who has done the hard work and gets it.

So I decided to put a program together based on my experiences and extra leaning I had to take to understand people more. I added everything that helped me recover from drugs that got me to where I am now plus more. My life is great now I am now off drugs, I own a gym and help people everyday bettering their lives. I put together the Youth YOU Program to help and show the younger generation of today that life is possible and there is so much out there that you don’t know of. And this program being so real and less clinical was something that had to be done and now through all my experiences good and bad I teach youth how to overcome and live a life worth living for.

" I actually flat lined and died from a drug over dose, Glenn's program gave me a new life" …- (From the website)